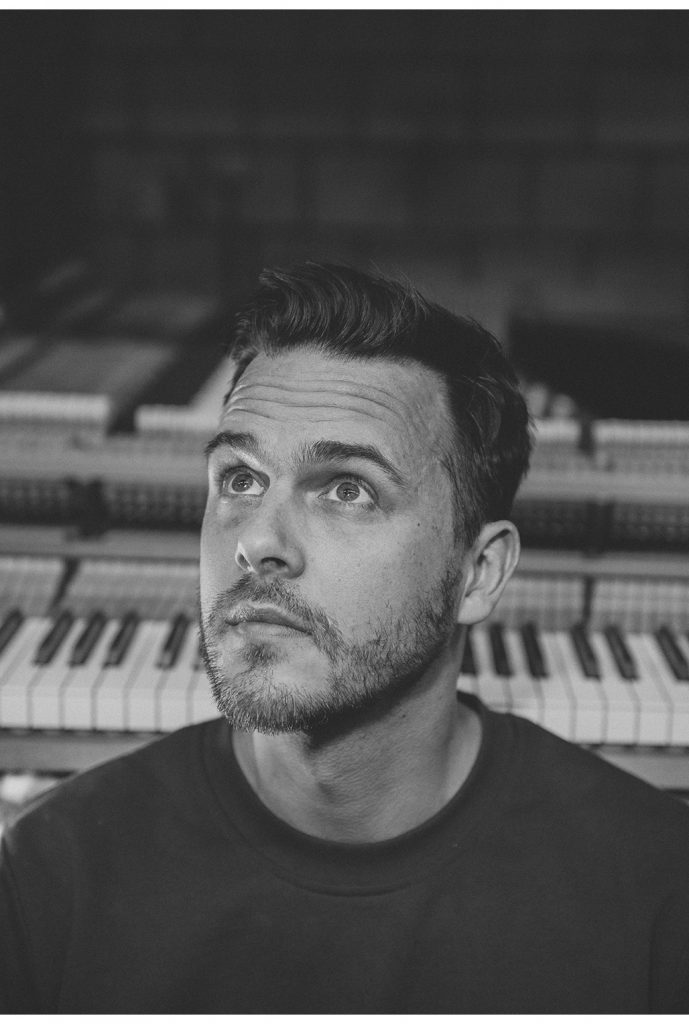 Equinox. A time of change. The moment when extremes come together, in balance and perfect harmony. “It’s representative of how I make music now,” says acclaimed Dutch pianist and recent Edison Classical Award winner Pieter de Graaf. “And how I live.” The perfect title for his new collection of songs then, ten beguiling tracks – some quiet and plaintive, others possessed of a restive energy – that build on the warm, filmic grandeur of his debut proper Fermata, and cement his status as one of the neo-classical world’s brightest stars.

De Graaf has always had a restless soul, a need to seek out the new and the interesting. “I’m never satisfied with things,” he says. “I gravitate towards change.” As a child he’d play The Beatles then jump to Chopin; as a student at the prestigious Conservatory of Rotterdam (Codarts), jazz gave way to playing with orchestras and exploring hiphop. And so 2019’s Fermata, a record where de Graaf really took his time to explore and write, painstakingly building songs up from single notes and triads, was followed by the Vortex EP, a whirlwind of a project that saw him experiment with loops and electronica, and collaborate with revered beat-maker and multi-instrumentalist Binkbeats.

Equinox is thus, says de Graaf, “the next step – not taking an age over things, not creating in a hurricane of work.” It’s a record that subtly incorporates the electronic textures and “edginess” de Graaf is so mesmerized by, yet one rooted in his deep love for romantic, emotional piano music. It’s also one that he felt confident enough to tackle on his own. “I’m doing much more by myself now – the producing, the arranging, tweaking my set up. It’s almost all me.”

Such confidence is the result of recent change, in his daily life as much as his approach to music and composition. Frustration and stress are now worked through in his studio and poured into his songs, serving as a source of energy. Setbacks are seen as a positive, a reason to push boundaries. And above all, he overhauled his lifestyle – eating healthily, quitting smoking, doing more sports. “A different mentality to life,” he says. “A different way of inspiring myself.”

All this has given him balance, and opened him up to music’s cathartic power. “Healing,” is how he describes time spent just enjoying his instrument. And he’s right to feel blessed, because he’s not supposed to be able to sit for hours on end, tinkering away. He’s not supposed to be able to play at all. Diagnosed with a debilitating RSI injury some years ago, he was left without the strength in his arms, wrists, and fingers required for piano. Baffled by his symptoms, and unable to find the cause, doctors told him he’d never play again.

Yet after a lengthy, difficult rehabilitation period he was back on his stool, as eager as ever to push himself to new heights. “I just said: ‘No, I will make music again’,” he says of that period. “I will find a way.” Ever since, he’s been cognizant of how lucky he is, and never forgotten how close he came to losing something that brings him so much joy. This personal struggle taught him perseverance, and the importance of hope, qualities he poured into Equinox alongside the idea of change.

Positivity is woven throughout these ten tracks, from the bright, crystalline ‘In Circles’ to the sprightly, playful ‘Miss Undutchable’. It’s there in the simplicity of ‘August Sings’, the first track he wrote, and the gentle swell of strings that appears halfway through ‘Supernova’. De Graaf’s interest in astronomy is also prevalent – ‘The Starshift’, ‘Event Horizon’ – and while many tracks are simply a deft weave of piano lines, subtle electronica and clever effects add texture; on ‘OCD’, placing a tin can between the hammers and snares makes his piano sound like a sitar.

That track also features de Graaf’s voice, the first time he’s used it – it appears in the middle, heavily processed and disguised, buried under a rising tide of piano and layers of effects. “I was really screaming in the studio,” he says. “It helped me finish the track.” ‘OCD’ is also the album’s centre piece, a rousing, boisterous song that encapsulates the concept of making the best of things; of how de Graaf now processes anger and frustration through creative expression. “I have a real issue with OCD, but in a way, it helps me do what I do. I need it to perform. So I wanted to celebrate that.”

Equinox is de Graaf embracing who he is, and working with his personality, not against it. “I’m not a thinker, I’m a feeler,” he says; the change of being at peace with this, and aligning the contradictory aspects of his life has been revelatory. Trusting his instincts too. With night and day of equal length, an equinox represents an evolution of the seasons, a subtle shift to something new. Equinox does the same for Pieter de Graaf.

Subscribe to my newsletter and be the first to receive updates on new releases, events and much more!